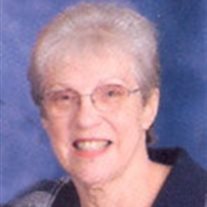 Mary F. Mueller, age 75, of Highland, passed away Sunday, July 27, at her home. Funeral services for 75 year-old Mary F. Mueller will be Wednesday, July 30, at 10:00 a.m., at St. Paul Catholic Church in Highland. Burial will be in St. Joseph Catholic Cemetery also in Highland. Friends may call Tuesday, from 4:00 – 8:00 p.m. and Wednesday, from 8:00 – 9:30 a.m., at the Spengel-Boulanger Funeral Home in Highland. Memorials are suggested to the St. Paul School Educational Foundation or the Religious Order of the Precious Blood.

She was born October 15, 1938, in Chicago, IL, the daughter of Isidore Edward and Florentine Frances (nee Wittenbrink) Froelich.

On October 15, 1960, she married John Henry Mueller who survives.

She was a member of Saint Paul Catholic Church. She was also a member of VFW Post #5694 Ladies Aux. – Highland, IL.

Mary was born in Chicago. After graduating High School she worked for AT&T in Chicago. After her marriage she and her husband lived in Bloomington, MN for 3 years. They moved to St. Louis and then to Highland in March of 1964. She enjoyed bowling Thursday Afternoon League, playing cards (Euchre), and years ago liked dancing. She loved her grandchildren, watching at sporting events, concerts, and baking for them. They had a club house south of Bartelso where she loved spending time with her family and friends. 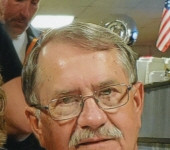