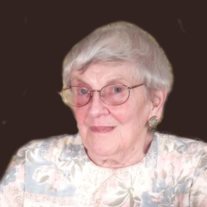 She was a member of Highland Women’s Club; Charter member of Edwardsville AAUW; Highland Historical Society.

PhoebeAnn graduated from Lake Erie College with AB, and a Fifth Year Certificate in Physical Education. She chose this school because of its flying program. She piloted aircraft well into the 1950’s. She attended Red Cross Aquatic School in Oconomowac, WI, was a Physical Ed Assistant at Lyons TWP High School, Health Ed Secretary at the YMCA in Moline, IL, Head of Programs at Carondelet YMCA in St. Louis, Head of Women’s and Girls Classes at YMCA Edwardsville, Water Safety Instructor from 1940 to 1985, Manager of Swim Program at Lindendale Park, and Substitute Teacher at Collinsville and Highland. PhoebeAnn had visited all 50 states and 14 countries. She was a political activist, campaigning such causes as womens rights, conservation, death with dignity, education for the mentally and physically handicapped, human rights and others. She had been a scout leader, (board member, district chairman, trainer and camp committee) and was an avid bridge player. She always enjoyed hunting, fly-fishing, camping, canoeing & scouting activities. She had been a long-time member of the 99’ers, the orginal women’s pilot organization.She created the Hamlin Water Safety Fund with the Highland Area Community Foundation so that all persons of all ages may learn to swim and know water safety.