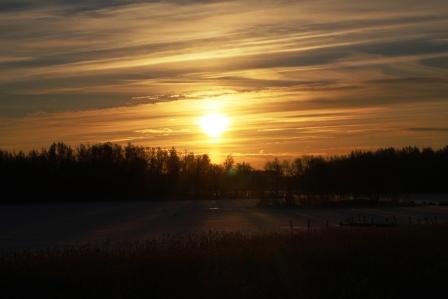 Betty P. Johnston, age 86, of Greenville, passed away Tuesday, August 26 at Helia Healthcare Center. Funeral services for 86 year old Betty P. Johnston will be held Tuesday, September 2 at 11:00 a.m. at the Wisetown Baptist Church. Burial will be in Hug Cemetery in Millersburg. Friends may call Tuesday from 10:00 a.m. to service time at the church. Memorials are suggested to the Wisetown Baptist Church. The Young Funeral Home in Greenville is in charge of arrangements.

She is survived by her husband Ermal Johnson, her daughter Debra (Roger) Fritch, two step-daughters, Tammy Creasy, and Tina (Warren) Dick, one grandson, four step-grandchildren, and two step-great grandchildren. She was preceded in death by her first husband, Warren, a brother Wayne Bierce, a sister Janette Bierce. A step-son, Terry Johnston, and a step-grandson, Chad Creasy.

She grew up and lived most of her live in Marion, Ohio where she worked for B.F. Goodrich. She moved to Crete, Nebraska in 2001 and to Greenville in 2004. She was a member of the Wisetown Baptist Church and a former member of The Prospect Street Methodist Church in Marion, Ohio.