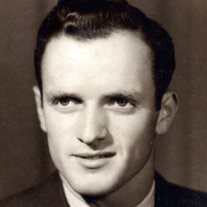 Forrest Ivan, the son of LeRoy and Georgia Marie Perkins Rench, was born April 26, 1922 in Mulberry Grove, Illinois. Forrest grew up on the family farm in Mulberry and attended Pleasant Mound School and graduated with the class of 1941 from Greenville High School. Forrest served our country during WWII in the United States Army. He was enlisted in 1942 and honorably discharged in 1945. Forrest returned and worked at Pet Milk after the war.

On November 3, 1951 Forrest was united in marriage to Edna May Bolyard in Vandalia, Illinois. Forrest worked construction and was in the carpenter’s union until 1963. He farmed, grain, cattle and hogs until his retirement. He was also a member of the Mulberry Grove American Legion Post #1180.