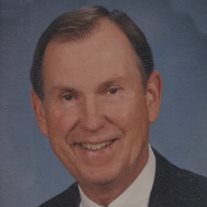 Glenn A. Noeltner, age 80, of St. Jacob, passed away Saturday, August 23, at Anderson Hospital in Maryville. A memorial service for 80 year-old Glenn A. Noeltner will be Wednesday, August 27, at 11:00 a.m., at the St. Jacob United Church of Christ. Burial will be at a later date. Friends may call Wednesday, from 9:00 a.m. until service time at the church.
He was born on Friday, June 01, 1934, in Highland, IL, the son of John P. and Viola E. (nee May) Noeltner.

Mr. Noeltner was born at Highland, IL; grew up in Saint Jacob, IL and graduated from Saint Jacob High School in 1952. He earned a degree in Political Science from SIU-E in 1962. He started as a Field Auditor for the Internal Revenue Service and retired as a Special Agent for them in November 1990. He coached his son and grandchildren in Khoury League baseball and also coached with the American Legion team in Highland for may years. In his community, Glenn had been Chairman of the Homecoming Parade for a number of years and served on Zoning Board . He played Slow-pitch Softball for many years, enjoyed playing golf (shot a hole-in-one at Oak Brook) and was a Chicago Cubs Baseball fan. He did all he could to support and follow his grandchildren in their many activities.