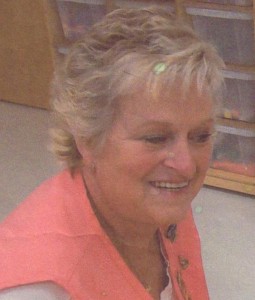 Gracie M. Jennings, age 72, of Pocahontas, passed away Sunday, August 24, at Memorial Hospital in Belleville. A memorial service for 72 year-old Gracie M. Jennings is Friday, August 29, at 11:00 a.m., at the Meridith Funeral Home in Pocahontas. Burial will be in Robinson Cemetery at a later date. Friends may call Friday, from 9:00 a.m. until service time at the funeral home.

She was a member of the Hospital Auxiliary at Anderson Hospital in Maryville, IL, for 20 years and was also a Girl Scout & Brownie Leader in Marine, IL, for several years. Gracie worked and later purchased the B & G Market in Marine, IL, for 15 years. She also worked for the S & H Green Stamp Store in Quincy and later became manager.