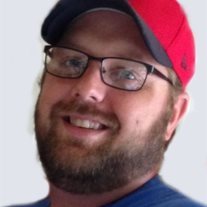 Interment will be at Saint Joseph Catholic Cemetery in Highland, IL.
He was born on Saturday, September 11, 1976, in Belleville, IL, the son of R. Wayne and Donna L. (nee Frey) Guetterman.

He was a former member of the Highland Community Church, Highland, IL.

Born at Belleville, IL; grew up in Highland, IL and graduated from Highland High School in 1994. In 1998 he received a BS degree and in 2005 a Master degree both from SIU-E. He worked for Sam’s Pizza while in high school; later for Neubauer’s Market and Catering for four years. He was a licensed Clinical Social Worker; a drug and alcohol counselor for the state of Illinois, and managed a unit in an inpatient rehabilitation facility for teenagers for the last 12 years with Chestnut Health Systems, Maryville, IL. He was a long time volunteer with H.I.S. K.I.D.S., he held many leadership roles and was integral in starting the counselor in training program within the organization. He was involved with AWANA activities at the Highland Community Church for many years. He was an avid St. Louis Blues and Cardinals fan and proud of his home and family. He liked working outdoors, golfing, bowling (he bowled a 300 game) and his dog “Marley”. He and his fiancee Kateri were planning their wedding for February 2015.

Memorial contributions may be made to H.I.S. K.I.D.S..