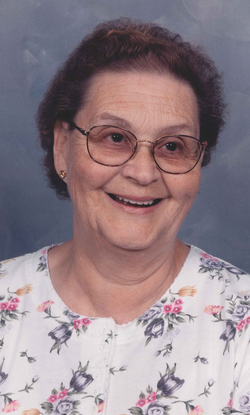 Mary E. Carter, age 90, of Greenville and formerly of Keyesport, passed away Monday, August 25 at Carlyle Healthcare Center. Funeral services for 90 year old Mary E. Carter will be held at 11:00 a.m. Thursday, August 28 at Zieren Day Funeral Home in Carlyle. Burial will be in McKendree Chapel Cemetery in Keyesport. Friends may call Thursday morning from 10:00 a.m. until service time at the funeral home. Memorials are suggested to St. Jude’s Hospital for Children.

Mary is survived by a daughter-in-law – Evelyn Carter of Springfield, Illinois; 2 sisters – Ermagean Cole of Vandalia and Margaret Donaldson of Tucson, Arizona; 2 brothers – LaVerne Shepherd and wife Marian of Tucson and Robert “Bob” Shepard and wife May of Breese; and a sister-in-law – Mary Shepard of Greenville.

She was preceded in death by her parents – Charles A. Shepard and Freda Shepard Stone; her husband – Elvis L. Carter; a son – Jimmie J. Carter; and a brother – Louis Shepard.

Mrs. Carter moved from Keyesport to Greenville in 1988, and was a homemaker. She enjoyed country music and traveling.