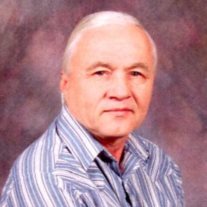 Robert H. Stocker, age 65, of Highland, passed away Saturday, August 16, at Faith Care Center in Highland. Funeral services for 65 year-old Robert H. Stocker will be Wednesday, August 20, at 10:00 a.m., at the Evangelical United Church of Christ in Highland. Burial will be in Highland City Cemetery. Friends may call Tuesday, from 4:00 – 7:00 p.m. at the Spengel-Boulanger Funeral Home in Highland and Wednesday, from 9:00 a.m. until service time at the church. Memorials are suggested to the Evangelical United Church of Christ or a charity of the donor’s choice.

He was a member of Evangelical United Church of Christ in Highland, IL.

Bob was born and grew up in Highland. He was a 1967 graduate of Highland High School. He started working at Wicks Organ Co. right after graduation and worked there until they closed, in the Wood Working Shop. He enjoyed bowling and was a part of several Bowling Leagues, serving as Treasurer and Secretary. He also liked pitching horseshoes, playing cards, working jig saw puzzles, and bingo.