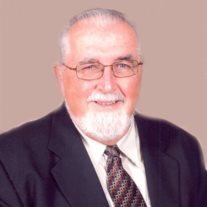 Terry M. Lancey, age 75, of Highland, passed away Tuesday, August 5, at his home. Funeral services for 75 year-old Terry M. Lancey are Saturday, August 9, at 11:00 a.m., at the Spengel-Boulanger Funeral Home in Highland. Burial will be in Highland City Cemetery. Friends may call Friday, from 4:00 – 8:00 p.m. and Saturday, from 8:00 a.m. until service time at the funeral home. Memorials are suggested to Hospice of Southern Illinois or H.I.S. K.I.D.S.

Terry was born at E. St. Louis; graduated from E. St. Louis Senior High School in 1957. He worked at Majestic Theater in high school. In 1956, he started worked for St. Louis Post Dispatch. In 1968, he moved to Highland with his family and worked for The Wall Street Journal and retired at age 59. After retirement, he drove school bus for 20 years. He also drove for Steve Schmitt Chevrolet. He was an avid Baseball Cardinal’s and Football Ram’s fan. He enjoyed NASCAR racing and liked to go fishing.