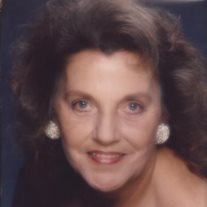 Glenda Bea Williams, age 77, of California, formerly of Greenville, passed away Wednesday, August 13, in California. Graveside funeral services for 77 year-old Glenda Bea Williams will be Saturday, September 6, at 11:00 a.m. in Mt. Auburn Cemetery. Friends may call Saturday, from 10:00 a.m. until service time at the Donnell-Wiegand Funeral Home in Greenville. Memorials are suggested to the family.

Glenda Bea Williams, the daughter of Elias V. Phillippo and Geraldine E. (Hungerford) Hess was born March 9th, 1937 in St. Louis, Missouri. She grew up in Galesburg, Illinois. She married Airman 2.C. Wayne Gene Williams on December 24th, 1954. They moved to Greenville, Illinois in 1962 where she began working at Utlaut Hospital as a hospital assistant. She was an active member of the Greenville Beta Sigma Phi for many years. Glenda worked off and on for Donnell Wiegand Funeral Home throughout her years in Greenville.

Glenda and Wayne leave two surviving sons, Bradley W. Williams of Decatur, Illinois and David W. Williams of Irvine, California. Glenda has 1 grandson, Staff Sergeant Jason Williams of Rochester, Illinois and 2 granddaughters, Caitlin and Hailie Williams of Lincoln, Illinois. She also has 2 great-granddaughters Cisylee and Rylee of Rochester, Illinois. Proceeding Glenda in death were 1 daughter, Terry, in infancy in 1962 and 1 son, Jefffery, in infancy in 1963. Her brother Richard Gassdorf, sister Betty Carlson, and her identical twin sister Linda Lea Edwards passed on before her. She moved to Long Beach, California in 1988, where she managed apartment buildings for a number of years. Also, she participated in the Long Beach annual LGBT.