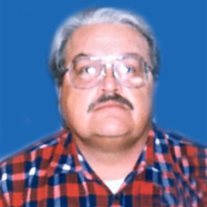 Mr. Garrison was born at Hillsboro, IL; lived at Donnellson, IL until the age of five, then moved to Alhambra, IL so his father could work for the railroad. He served with the US Army, active duty from 1966 to 1969 during the Vietnam War. He was a construction estimator with NuView Industries in St. Louis, MO. He lived in Grantfork, IL, before moving to Highland in 2007. He drove a school bus for First Student in Highland.