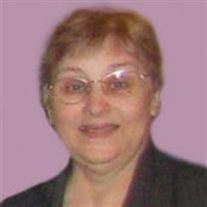 Linda A. Finley, age 62, of Troy, passed away Friday, September 5 at St. Luke’s Hospital West in Chesterfield, MO. Funeral services for 62 year old Linda A. Finley will be Thursday, September 11 at 10:00 a.m. at the Spengel-Boulanger Funeral Home in Marine. Burial will be in Marine Cemetery. Friends may call Wednesday from 4:00 to 8:00 p.m. and Thursday from 8:00 a.m. to service time at the funeral home. Memorials are suggested to the family.

She was a member of Troy United Methodist Church.

Linda was born in Fort Worth, TX, and lived in 14 states while growing up. She was a graduate of Collinsville High School in 1970. She worked at Fairmont Park for Dr. Brown & Veterinary Services for many years. Her parents owned Race Horses and she always had an interest in racing. She most recently worked for Shell Credit Union in Wood River, IL, and retired in 2013 due to health issues. She was a Committee Member for Boy Scout Troop 48 in Collinsville. She enjoyed scrapbooking, camping, and traveling. Spending time with her grandchildren was very important to her.