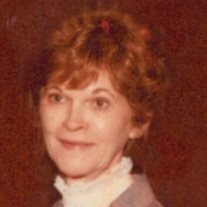 Margaret J. Hommert, age 89, of Edwardsville, passed away Saturday, September 6, at University Nursing & Rehab Center in Edwardsville. Funeral services for 89 year-old Margaret J. Hommert are Wednesday, September 10, at 10:00 a.m., at the Spengel-Boulanger Funeral Home in Marine. Burial will be in Valley View Cemetery also in Edwardsville. Friends may call Tuesday, from 4:00 – 8:00 p.m. and Wednesday, from 8:00 a.m. until service time at the funeral home.

She was born on Tuesday, December 16, 1924, in Poplar Bluff, MO, the daughter of Samuel and Georgia (nee Butts) Drysdale.

She was a member of Eagles, Wood River, IL.

She met her husband at East Alton, IL; after marriage they lived at Edwardsville, IL, later Marine, IL, and retired to Timberline, MO in the early 1980’s. She had worked for Trenton Shoe Factory, Marine Garment Factory and then Olin in East Alton for 21 years. She enjoyed bird watching and reading; was a Cub Scout Leader and Sunday School Teacher at the Marine E & R Church, Marine, IL. She was a loving person and beloved by all.