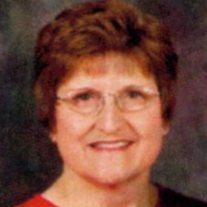 Patricia A. Italiano, age 58, of Highland, passed away Friday, September 19 at Barnes-Jewish Hospital in St. Louis. Funeral services for 58 year old Patricia A. Italiano will be held Wednesday, September 24 at 11:00 a.m. at the Spengel-Boulanger Funeral Home in Highland. Friends may call Tuesday, September 23 from 4:00 to 8:00 p.m. and Wednesday from 8:00 a.m. to service time at the funeral home. Memorials are suggested to the American Cancer Society.
She was born on Wednesday, June 10, 1956, in Highland, IL, the daughter of William R. and Marion L. (nee Guentensberger) Reilson.

She was a member of Evangelical United Church of Christ, Highland, IL.

Pat was born at Highland, IL; grew up on the family farm south of Marine, IL and graduated from Triad High School in 1974. She had worked for the Troy Security Bank after graduation; also the Internal Revenue Service in Saint Louis; and in civilian personnel at Scott Air Force Base. She and her husband moved to Chicago (1985-92) where she had worked for the Department of the Navy at Great Lakes Naval Station. When they returned to Highland she was a stay-at-home mom until 2001 when she re-entered the work force and worked for the US Army at Scott Air Force Base. Kay was an avid Baseball Cardinals Fan. She enjoyed travelling – including a windjammer cruise and sailing her own ship in the Caribbean. She enjoyed music and like to listen to her son play the guitar and keyboards.