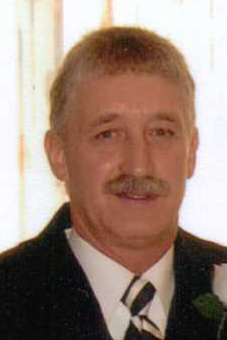 Richard Leroy Compton, age 60, of Pocahontas, passed away Friday, August 29, at his home. Funeral services for 60 year-old Richard Leroy Compton will be Wednesday, September 3, at 7:00 p.m., at Young Funeral Home. Friends may call Wednesday, after 4:00 p.m. at the funeral home. Memorials are suggested to the Troy United Church of God or to the family.

He was born in Hillsboro, IL to Walter and June (Jacobson) Compton. He married Connie Willeford on November 30, 1974 in Sorento, IL.

He is survived by his wife Connie, his daughters Angela Compton, Amber (Nick) Frank, his son Lance Compton, his step-mother Fe Compton, his brothers Walter L. “Bob” (Faye) Compton and Clayton (Sharon) Compton, his sisters Gail (Mark) Schuster and Sandy (Leo) Miller. His is also survived by his grandchildren-Lane and Leann Edwards, Cameron Liner, Tyler and Mason Frank, and Connor and Madisyn Compton.

He was preceded in death by his parents.

He grew up in Sorento and Greenville. He attended Greenville High School. He moved to Pocahontas in 1978. He had worked as a supervisor at Echlind Brake Parts in Litchfield and then retired from Highland Machine and Screw. He was a member of The United Church of God in Troy, IL.

Memorial contributions are suggested to The Troy United Church of God or to the family.