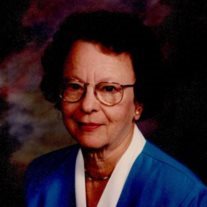 Shirley J. Coleman, age 89, of New Haven, Connecticut, passed away Wednesday, September 17 at Mary Wade Home in New Haven. Graveside funeral services for 89 year old Shirley J. Coleman will be Monday, September 22 at 11:00 a.m. at Marine Cemetery. No visitation will be held. The Spengel-Boulanger Funeral Home in Highland is in charge of arrangements.

She was born in Mt. Vernon, IL on April 10, 1925, the daughter of Clarence and Edna (nee Neudecker) Bernard.

She married William T. Coleman who passed away on January 25, 1995.
Mrs. Coleman was born and reared in Mt. Vernon, IL. She and her husband lived in Decatur, IL from 1944-67. They had also lived in Springfield, IL (approximately 10 years) and Wheaton, IL (for approximately 10 years); they moved to Florida in 1992. In 2005, Mrs. Coleman moved to Connecticut to be near her daughter. Of a strong faith, Mrs. Coleman was always active in the churches where she lived. The family would like to thank the staff of Mary Wade Home for their kindness, support and wonderful care she was given during her stay there.