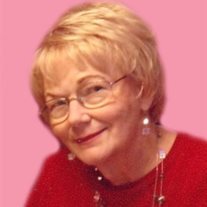 Suzanne K. Robbs, age 72, of Worden, passed away Thursday, September 11, at Hitz Memorial Home in Alhambra. Funeral services for 72 year-old Suzanne K. Robbs will be Monday, September 15, at the Trinity Lutheran Church in Worden at 2 p.m. Burial will be in the Worden City Cemetery. Friends may call Sunday, from 3:00 – 7:00 p.m. at the Dauderman Mortuary in Alhambra and Monday, from 1:00 p.m. until service time at the church. Memorials are suggested to the Susan G. Komen Foundation or the Trinity Lutheran Church.

She was born December 17, 1941, in Highland, IL, the daughter of Clarence and Melba M. (nee Zirges) Schien.

She was a member of Trinity Lutheran Church – Worden, IL.

Suzanne was born in Highland, graduated from Worden High School in 1959. She had worked, briefly, for W.S. Meyer, Ins. in Hamel, IL. She was a stay-at-home Mom for a number of years. She later worked as a Teller at the Hamel State Bank, Hamel, IL; and then, sold Premier Design Jewelry. Suzanne loved camping at Lazy Days Campground in Litchfield and boating/camping at the Mississippi river.