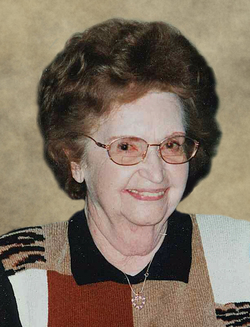 Thelma L. Eilers, age 98, of Carlyle, passed away Sunday, September 21 at St. Joseph’s Hospital in Breese. Funeral services for 98 year old Thelma L. Eilers will be held Saturday, September 27 at 11:00 a.m. at Zieren Day Funeral Home in Carlyle. Burial will be in Carlyle Township Cemetery. Friends may call Saturday from 10:00 a.m. to service time at the funeral home. Memorials are suggested to a charity of the donor’s choice.

She was preceded in death by her parents – Henry and Florence Trouba; her husband – Cyril Eilers; 2 sisters – Helen and Della; and 2 brothers – Bernard and Bill.

Mrs. Eilers was a member of the First United Methodist Church in Carlyle, where she taught Sunday School and Bible School. She was also a member of the Order of the Eastern Star. Thelma was an avid reader, and enjoyed family and travel.