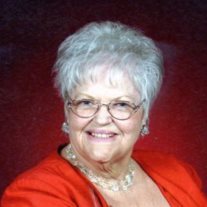 Betty Wall Harnetiaux, age 77, of Greenville, passed away Monday, September 29, at Hitz Memorial Home in Alhambra. Funeral services for 77 year-old Betty Wall Harnetiaux will be Monday, October 6, at 1:00 p.m., at the Donnell-Wiegand Funeral Home. Burial will be in Mt. Auburn Cemetery. Friends may call Monday, from 11:00 a.m. until service time at the funeral home. Memorials are suggested to Hitz Memorial Home or to Greenville College.

Elizabeth Faye Wall, the daughter of Clarence Homer Wall and Henrietta Josephine Jenner Wall, was born on December 11, 1936 at the Jenner home in Pocahontas, Illinois. Betty attended the Fuller one room school, Smithboro School and graduated from Mulberry Grove High School in 1954. She attended Greenville College and received her Bachelor’s in Elementary Education in 1959. Betty taught school in Bond County and Mulberry Grove in the early 1960’s.

Betty was active in Bible Studies at the First united Methodist Church for many years and has been a member there for many years.