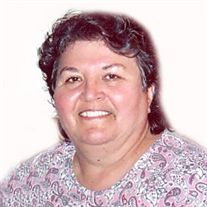 Carol A. Beichel, age 63, of Highland, passed away Sunday, October 26, at Barnes-Jewish Hospital in St. Louis. Funeral services for 63 year-old Carol A. Beichel will be Friday, October 31 at 10:00 a.m. at Saint Paul Catholic Church in Highland. Burial will be in Saint Paul Cemetery. Friends may call Thursday from 4:00 to 8:00 p.m. and Friday from 8:00 to 9:30 a.m. at the Spengel-Boulanger Funeral Home in Highland. Memorials are suggested to Shriner’s Hospital for Children or to the family.

She was a member of Saint Paul Catholic Church. She was also a member of VFW Ladies Auxiliary to Post 5694 – Highland, IL.

Carol was born at Highland; grew up in Highland. She graduated from St. Paul High School; she received her Bachelor’s Degree in Special Education from SIUE. She taught Special Education. She worked for Basler Electric; Department of Motor Vehicles in Edwardsville. She worked at St. Louis as a Loan Specialist for the last 20 years. She loved to cooking, playing computer games, Sci-Fi videos and spending time with her children. She was loved deeply and will be greatly missed by her children.