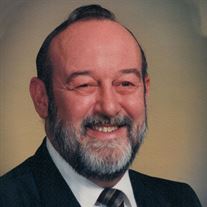 Larry W. Chassels, age 71, of Highland, passed away Sunday, October 19, at Legacy Place in Highland. Graveside funeral services for 71 year-old Larry W. Chassels will be held at 11:00 a.m. Friday, November 21 in the Chapel at Jefferson Barracks National Cemetery in St. Louis. Burial will be in Jefferson Barracks National Cemetery in St. Louis. Memorials are suggested to the Wounded Warrior Project. The Spengel-Boulanger Funeral Home in Highland is in charge of arrangements.

He was a member of National Eagle Scout Association.

CDR Chassels was born at St. Louis, MO; he grew up in Bellefontaine Neighbors, MO. While in high school, he and four close friends earned the Eagle Boy Scout award. He attended University of Missouri at Columbia receiving his BS in Mathematics. While in college he participated in US Navy ROTC. After graduating, he went to active duty with deployment to Vietnam. He served aboard the following ships: USS King, USS Sample, USS Fox, USS Samuel B. Roberts, and USS Ernest G. Small. He retired, as a Navy Commander, on July 1, 1991 with over 26 years of service. He lived at Cherry Hill, N.J. and worked at the Naval Shipyard in Philadelphia for Planning and Engineering for Repairs and Alterations for Cruisers and Destroyers (PERA-CRUDES) as security manager for computers and the shipyard. He retired after 30 years of work. In his retirement worked as security broker. He moved to Highland two years ago to be near his family. He had participated in church choirs in Cherry Hill, N.J and Hawaii. He enjoyed camping, scouting activities and target shooting. (He was a Sharpshooter in the Navy).