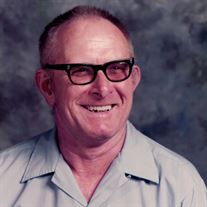 Lawrence F. Pollmann, age 89, of Marine, passed away Friday, October 17, at Anderson Hospital in Maryville. Funeral services for 89 year-old Lawrence F. Pollmann will be Tuesday, October 21, at 11:00 a.m., at the Spengel-Boulanger Funeral Home in Highland. Burial will be in St. Joseph Catholic Cemetery, also in Highland. Friends may call Tuesday, from 9:00 a.m. until service time at the funeral home. Memorials are suggested to the family.

He was a member of Saint Paul Catholic Church, Highland, IL; the VFW Post #5694- Highland, IL (Past Commander-2 times).

Born at Germantown, IL; grew up in Breese, IL; lived briefly in Marine, IL; moved to Highland, IL in 1950. He lived briefly with his children near Marine in 2004. He moved to the nursing home in 2005. He served with the US Army from July 1943 to December 1945, during World War II with duty in Europe (Normandy, North France, Ardennes, Rhineland and Central Europe). He worked for the Terminal Rail Road for a few years ; did odd jobs; drove a truck for Tracy Trucking; worked as a carpenter; he was a custodian for the Highland School District from 1960 to 1987; a school cross guard for the City of Highland in the early 1970’s; later drove a school bus for several years. He volunteered for the old Civil Defense Unit, Highland, IL. He liked fixing and building things (construction); maintaining and repairing cars. He was a jack of all trades.