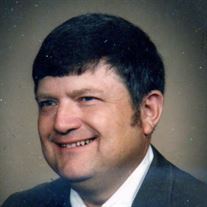 Willard N. Lieser, age 72, of north of Pocahontas, passed away Saturday, October 18, at his home. Memorial funeral services for 72 year-old Willard N. Lieser will be Thursday, October 23 at 1:00 p.m. at the Donnell-Wiegand Funeral Home in Greenville. Burial will be in File Cemetery with full military honors by V.F.W. Post #1377 and American Legion Post 282. Memorials are suggested to the Old Ripley Church of Christ.

Willard Newton Lieser, the son of William Arthur Lieser and Bernice E. McClean Lieser was born on December 22, 1941 in Hartford, Connecticut. He was raised by his father and step mother Allie Smith Lieser in Middleton CN. for six years moving to Arlington, Texas and Pomona, CA. where he graduated from Ganesha High School in 1960. Willard answered his country’s call by joining the United States Air Force on January 15, 196l in Los Angeles and served honorably for 3 years 11 months and 29 days being discharged on January 16, 1967 at Holloman Air Force Base in New Mexico after serving in the Air Force Reserves during the Vietnam Conflict in the Engine Pool. Willard returned to civilian life and entered building maintenance working for schools and car dealers living in Santa Barbara, CA., Salem, Oregon, Lebanon, TN, retiring to Pocahontas, Illinois Willard enjoyed wood crafting, traveling and camping in retirement.

Willard and Charolette I. File were united in marriage on July 3, 1965 in Pomona, CA. and they have enjoyed over 49 years together and she has lovingly cared for him. Charolette survives as does his sister Beverly (David) Nittler of Fontaena, CA, and two step sisters Betty Taylor of Goose Creek, SC, and Margaret Trumble of Rancho Cucamonga, CA.

Willard is preceded in death by his parents, his step mother, two sisters: Elaine Cole, Millie Owens, and a step sister Helen Sanborn.
Willard was a member of the Raccoon Ramblers Camping Club, and the Old Ripley Church Of Christ. 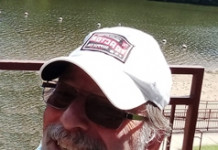