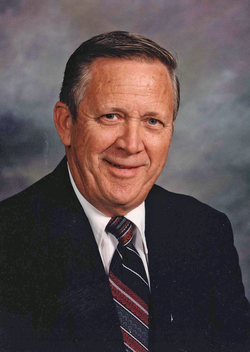 David J. Kampwerth, age 79, of Bartelso, passed away Thursday, November 27, at St. Joseph’s Hospital in Breese. A Funeral Mass of Christian Burial for 79 year-old David J. Kampwerth will be Monday, December 1 at 10:00 a.m. at St. Mary’s Church in Carlyle. Burial will be in St. Mary’s Cemetery. Friends may call Sunday from 2:00 to 7:00 p.m. and Monday from 8:00 to 9:30 a.m. at Zieren Day Funeral Home in Carlyle. Memorials are suggested to St. Mary’s Church in Carlyle, St. Cecilia Church in Bartelso, or the Breese Nursing Home Activities Fund.

He was preceded in death by his parents – Henry and Rose Kampwerth; his wife, Mary Kampwerth; and 3 brothers – Henry “Hank” Kampwerth and his wife Johanna, Richard Kampwerth, and Marcel Kampwerth.

Mr. Kampwerth was a self employed milk distributor for Quality Dairy. He then worked at Mid County Grain and Rakers Elevator. In 1970, Dave became an agent for Country Companies and retired in 1996 after 26 years of service. He enjoyed traveling and camping with his friends, and the family dog, Teddy.