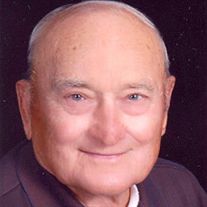 He was born at Pocahontas, IL, grew up there and graduated from Pocahontas High School. He served with the US Army from Sept. 1946 to Jan. 1948; active duty during WWII in Japan. He operated a Texaco Gas Station in Pocahontas; attended Electricians School and later worked many years as an electrician for Egizii Electric, Springfield, IL. He worked from 1972 to 1990 for Kovach Electric, Pocahontas, IL; then operated LJL Equipment Company from 1991 to the early 2000. He and his wife moved from Pocahontas to Highland, IL, in 1966. He enjoyed fishing in the area lakes and ponds. He and his wife were avid snow mobile riders until 2008. They had a home in Northern Wisconsin where they spent time in the summer and winter.