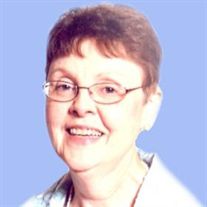 Peggy R. Malina, age 69, of Highland, passed away Monday, November 10, at her home. Funeral services for 69 year-old Peggy R. Malina will be Friday, November 14 at 10:00 a.m. at the Evangelical United Church of Christ in Highland. Burial will be in Greenmount Cemetery in New Baden. Friends may call Friday from 9:00 a.m. to service time at the church. Memorials are suggested to the Highland Area Christian Service Ministries (Highland Food Pantry). The Spengel-Boulanger Funeral Home in Highland is in charge of arrangements.

She was born on Thursday, September 13, 1945, in Mounds, IL, the daughter of Charles and Ruby (nee Littell) Wehrenberg.

Mrs. Malina was born at Mounds, IL, and grew up there. In 1963, she graduated from Mounds Township High School. She graduated from McKendree College in 1967 and later attended SIU-E. She was a 4th and 5th grade elementary school teacher. She began teaching at Grantfork, IL, and later taught at Highland, IL, retiring in 2001. She loved to travel and was “gone more than she was at home”, traveling to Alaska, New York, and all over the USA. She enjoyed visiting with her family and trips to The Muny in St. Louis. She sang in her church choir and volunteered for Highland Area Christian Service Ministries. She lived in Trenton, IL, until moving to Highland in 2005.