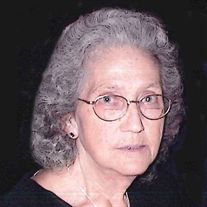 Betty L. Keefer, age 81, of Highland, passed away Saturday, November 29, at Highland Health Care Center. Funeral services for 81 year-old Betty L. Keefer are Wednesday, December 3, at 11:00 a.m., in the Spengel-Boulanger Funeral Home in Highland. Burial will be in Robinson Cemetery in Pocahontas. Friends may call Tuesday, from 4:00 – 8:00 p.m. and Wednesday, from 8:00 a.m. until service time at the funeral home. Memorials are suggested to the charity of the donor’s choice.

Mrs. Keefer was born at Bear Springs, TN (near Dover, TN); she grew up in “Potato Patch Holler”, Robertson County, TN and was a May 15, 1953 graduated of W.T.Thomas High School in Stewart County, TN. She moved to Granite City, IL in 1956; to St. Jacob, IL in 1977; later she retired to Texas. Betty returned to Illinois and lived in Pierron and Pocahontas, prior to moving to Highland in 2011.In high school, she was a basketball player. She reared her children; and enjoyed sewing, gardening, quilting and playing cards.