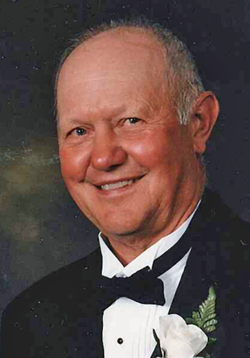 Carroll D. “Smitty” Schmitt, age 81, of Keyesport, passed away Saturday, November 29, at St. Joseph’s Hospital in Highland. Funeral services for 81 year-old Carroll D. “Smitty” Schmitt will be Wednesday, December 3, at 10:00 a.m., in the Zieren Day Funeral Home in Carlyle. Burial with military honors will be in St. Mary’s Cemetery in Carlyle. Friends may call Tuesday, from 4:00 – 8:00 p.m. and Wednesday, from 8:00 a.m. until service time at the funeral home. Memorials are suggested to the Keyesport Fire Department or St. Mary’s Cemetery.

Mr. Schmitt was born on September 13, 1933, in Keyesport, Illinois, a son of Henry and Leauvon (Elliott) Schmitt. He married Ruth “Smokey” Sautman in 1958 and she survives in Keyesport.

In addition to his wife, Mr. Schmitt is also survived by his sons – Michael Schmitt and wife Jeannie, and Mark Schmitt and wife Kristen; and 4 grandchildren – Madison, Jonathan, Hunter, and Mason Schmitt. He was preceded in death by his parents.

Smitty attended Keyesport Grade School and Carlyle High School. He was a veteran of the United States Navy, and served aboard the USNS Pollux and USS Ajax during the Korean War. Mr. Schmitt worked at the Vandalia Correctional Center for 30 years, retiring in 1987 as a Lieutenant. He and his wife also owned and operated Green Acres Campground for 45 years, and he served as a volunteer fireman in Keyesport for nearly 30 years. Mr. Schmitt was formerly on the Irishtown Township Board, a former Republican Precinct Committeeman, and was a lifetime member of the Carlyle V.F.W. and American Legion. 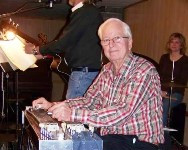