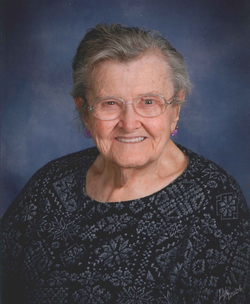 DeLoris Marie Peters age 85 of Edwardsville passed away Saturday, December 20 at Mercy Hospital in St. Louis. A Mass of Christian Burial for 85 year old DeLoris Marie Peters will be celebrated at 11:00 a.m. Monday, December 29 at St. Mary’s Church in Carlyle. Burial will be in Highland City Cemetery. Friends may call Monday from 9:00 to service time at the church. The Zieren Day Funeral Home in Carlyle is in charge of arrangements.

Mrs. Peters is survived by her children – Paul A. Peters, Jr. and wife Mary Ann of Alhambra, Illinois and Paula M. Davis of Amarillo, Texas; her four grandchildren and three great-grandchildren.
She was preceded in death by her parents; a son – James L. Peters; and a brother – Russell T. Church.

Mrs. Peters was a lifelong member of the Catholic Church and worked in home healthcare. She enjoyed making crafts and jewelry, and playing pinochle. Marie lived at her home with her beloved dog and birds as companions until she was hospitalized by her illness.