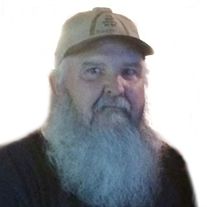 Donnie E. Eddy, age 63, of Marine, passed away Wednesday, December 3, at St. Joseph’s Hospital in Highland. Funeral services for 63 year-old Donnie E. Eddy will be Saturday, December 6 at 1:00 p.m. at Spengel Boulanger Funeral Home in Marine. Burial will be in Marine Cemetery. Friends may call Saturday from 10 a.m. to service time at the funeral home. Memorials are suggested to St. Jude Children’s Hospital or Siteman Cancer Center.

He was a member of the Brotherhood of Locomotive Engineers and United Transportation Union.

Mr. Eddy grew up in Washington Park. He graduated from E. St. Louis High School in 1969 and began working with the railroad. He and his wife lived in Washington Park until 1976 when they moved to Marine, IL. From 1981-1993, he took a break from the railroad and worked in home improvements. In 1993, he again worked with the railroad, retiring in 2011. He enjoyed hunting, fishing, and was a little league, football and baseball coach. His greatest pride was his grandchildren and he enjoyed watching their sporting events.