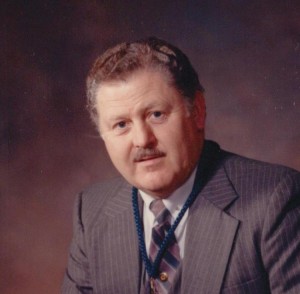 Jerry Mason, age 77, of Highland, passed away Sunday, November 30 at St. Louis University Hospital. A memorial service for 77 year old Jerry Mason will be Friday, December 5 at noon at the Highland Hope United Methodist Church. Burial will be in St. Joseph Catholic Cemetery at a later date. Friends may call Friday from 10:00 a.m. to service time at the church. Memorials are suggested to the Shriner’s Hospital for Children. The Meridith Funeral Home in Highland is in charge of arrangements.

Jerry was a Golden Glove Champion in E. St. Louis in the early 50’s, a paratrooper with the 82nd Airborne, a 32nd degree Mason, an active member in the MACLIBO Circus unit for the Shriners, Past Worthy Patron for the White Shrine of Jerusalem 13 times, Past Worthy Patron for the Eastern Star. He earned a Bachelor of Science Degree in Occupational Education from SIU Carbondale, IL.

After retiring from M.A.R.S. after 30 years, he has worked for the Meridith Funeral Home in Highland, IL. In his retirement, he traveled all over the United States including the Dominican Republic and Jamaica. Also, back in the day, he had Harley Davidson motorcycles and loved to ride. But above all, his family meant the most to him—his 3 daughters, his granddaughters, his grandson, and his great grandchildren. He was very nurturing and played an active role in all three of his daughters’ lives. He was the life of the party and loved to tell jokes.