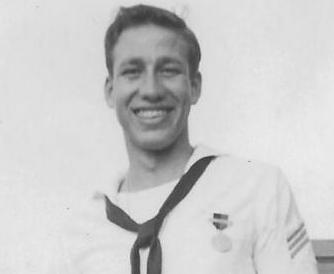 Robert was born on August 20, 1929 to the late Alfred and Bertha Maples in Greenville, lll. He married his best friend and “sweetie pie”, Gloria Jean, on October 3, 1952 in Lake Stevens, Wash. They met while Robert was serving in the US Navy. He was a Korean War Veteran. Survivors include his wife, Gloria; his sons, Douglas, Bradford, Jeffery, Darren, James, and Derek; ten grandchildren and one great-grand daughter; two sisters, Shirley and Marilyn and one brother, Red. He was preceded in death by his sister, Loretta; his brothers, Eugene and Donald; his parents; his daughter, Deborah; and his grandson, Michael. In 1963, he started attending Gospel Light along with his wife Gloria and was the church treasurer for over 30 years. He had a strong Christian belief and shared this by raising his family to understand the importance of his Lord and Savior. He retired from Scott Paper Company after 38 years and was the AWPW Local 183 Secretary/Treasurer. Robert was blessed with a large and loving family. Robert helped raise his six children with patience, discipline and humility. He taught them the same value in life he held, which was integrity. He enjoyed traveling whether it was taking his family on trips across the United States or trips with his “sweetie pie”. From the very beginning, he dedicated his children to God and encouraged them to explore the beauty of the gospels. Robert loved to have things well organized at work and home. He was kind and soft-spoken, and always had time to answer a question or solve a problem, no matter how small. He will be dearly missed by his loved ones, who celebrate the fact that he is at peace with his creator. Robert will be buried at the Tahoma Military Cemetery. A memorial service will be held at Gospel Light Church on Saturday, December 6, 2014 at 1:00 p.m. Reverend’s Newt and Danny Waldrop will officiate the service.