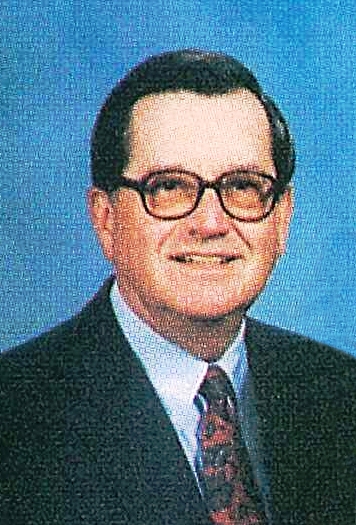 Roman F. Diekemper, age 85, of Carlyle, passed away Monday, December 8, at Caring First Nursing Home in Breese. A memorial service for 85 year-old Roman F. Diekemper will be Saturday, December 27 at 10:00 a.m. at St. Mary’s Catholic Church in Carlyle. Memorials are suggested to the St. Louis Alzheimer’s Association or the Korean War Veterans Memorial Fund. The Zieren Day Funeral Home in Carlyle is in charge of arrangements.

Roman started his life after high school enrolling in the Marines and served during the Korean War. After discharge, he went to night school, worked full time and met his first wife Denise. They were married for 51 years prior to her passing in 2005. He was an astute and well respected businessman working his way up through the Property & Casualty ranks of Marsh & McLennan. In over thirty years with MMC he made his way from VP to Senior VP retiring in 1993 as Director. His expertise in safety engineering was sought out early in his career as a consultant on the building of the St. Louis Arch. His success at Marsh & McLennan rewarded him a position in Brussels Belgium and after retirement, a consultancy position in the Czech Republic. His love of family and faith along with his passion for hunting and fishing were a constant throughout his life and brought him many life-time friends. His charity and generosity to various organizations including his missions to Guatemala assisting St. Mary’s Church in Carlyle’s sister church were commendable.

He was also blessed with the love of Mary Ann whom he married in 2007. Their love for each other during the passing years was inspiring. Enjoyment of travel and the St. Louis Orchestra in addition to their work in the community made for a formidable team.