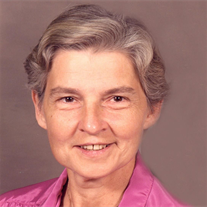 She was born on Tuesday, March 03, 1931, in Highland, IL, the daughter of Carl and Lorraine (nee Thurnau) Gause.

Carladine was born at Highland and grew up in Marine. She attended Marine School. Following marriage lived on a farm. In 1953 moved south of Highland. Formerly did custom cake decorating for over 20 years, played the piano, volunteered at 5 area nursing homes once a month and for five years was the pianist for the Highland Rotary Club. She enjoyed baking, sewing, playing the piano, refurbishing old dolls, gardening and ceramic. She moved to the Hitz Memorial Home, Alhambra, in June of 2015.

Memorial contributions may be made to Evangelical United Church of Christ or Autism Speaks.