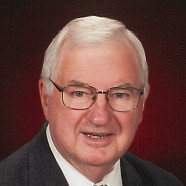 In addition to his parents, he was also preceded in death by his wife, Imelda “Millie”, nee Meyer, Jansen, whom he married July 2, 1955 in San Francisco, CA and she died February 7, 2009; brothers, Wilbert “Butch’ Jansen and Jerry Jansen; and sisters-in-law and brothers-in-law, Martha Jansen, Paul Kuper, Howard “Woody” Isaak, Bob Goestenkors, Geri Ratermann, Jeanne and Larry Meyer, and Mike Williamson.

He was a former member of St. Theresa Catholic Church in Belleville and Lifetime member Swansea Improvement Association since 1970, and current member of St. Dominic Catholic Church in Breese, past Commander of the Breese American Legion Post 252 where he was a member for 59 years, and also served as the Department Vice Commander on the District Level, and was a Charter Member and past President of the Swansea/Belleville Midtown Lions Club for 42 years and Deputy District Governor of District 1CN.

Memorials may be made to Breese Nursing Home or to the Alzheimer’s Association and will be received at the funeral home.

The Breese American Legion will hold services at 5:00 p.m. Sunday afternoon at the funeral home.