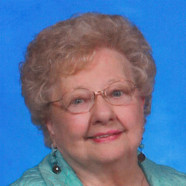 Jane along with her husband worked on their dairy farm in Carlyle until retirement and moved to Breese in 1995. She was an avid sewer, and later sewed over 200 quilt tops for church and also hand quilted. In addition to sewing and quilting, she also enjoyed embroidering, crocheting, spending time with her grandchildren, and watching the St. Louis Cardinals.

Memorials can be made to St. Monica Altar Sodality, Pro-Life National Right to Life, or the American Lung Association and will be received at the funeral home.

The Breese American Legion Auxiliary will hold services at 7:00 p.m. followed by the Daughters of Isabella Tuesday evening at the funeral home.