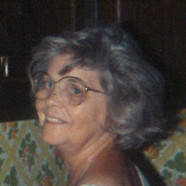 In addition to her parents, she was also preceded in death by her husband, Charles W. Woldark, whom she married May 24, 1965 in Lawton, OK and he died June 16, 2005; a son, Otis “Jack” Holtsclaw; daughters-in-law, Terri Holtsclaw and Yvette Holtsclaw; a granddaughter, Crystal Holtsclaw; sisters, Imogene Coffin and Jessie Coffin; and brothers, Sam Coffin, Austin Coffin, and Zachary Coffin.

Surviving are her children, Craig Guilliams of Granite City, Scott Holtsclaw of Salem, OR, and Chuck Woldark of Highland; 9 grandchildren & 10 great-grandchildren; and a sister-in-law, Cleavy Coffin of Paris, TX.

Mrs. Woldark retired from the Civil Service as a Logistics Technician and was a member of St. Dominic Catholic Church in Breese.

Memorials can be made to St. Dominic Catholic Church and will be received at the funeral home.