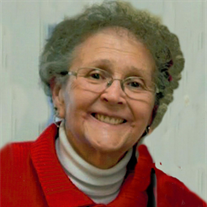 Lucille was born in Burgess Township near Pocahontas, IL. She grew up there and attended Marti & Britt School, a one room school house, thru 8 grade. She graduated Highland High School in 1954. After her first marriage, she and her husband lived in Highland, and she worked at East End Mercantile and Tschannen’s Ben Franklin. She then worked at Highland Manor – now Faith Countryside Homes, for 20 years. She retired in 1995. She and her second husband traveled to Florida and the Western United States. They enjoyed visiting her grandchildren and visiting casino’s. She enjoyed crocheting, gardening and was a wonderful cook.

No services are scheduled for Lucille Hencke-Hartlieb.

Memorial contributions may be made to Any Charity of the Donor’s Choice.