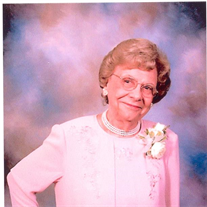 Mrs. Hess was born in Breese and grew up in both Breese and Carlyle. She attended Sacred Heart Academy School in Belleville, earning a degree in English. She taught for a year before she was married and they moved northeast of Marine, where she has lived ever since. She was happy to be a farmer’s wife, taking pride in raising over 500 chickens at one time. She was an avid reader and spent many hours helping her children and grandchildren with their education. She loved to grow flowers and talk politics and was a Cardinals Baseball fan.

Funeral Mass will be at 10:00 AM on Monday, January 11, 2016, at St. Elizabeth Catholic Church in Marine, IL., with Father James A. Flach officiating.

Interment will be at St. Elizabeth Catholic Cemetery in Marine, IL.