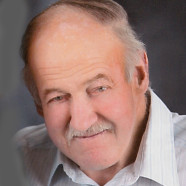 In addition to his parents, he was preceded in death by his father-in-law and mother-in-law, John and Annie, nee Wolters, Niemann.

Surviving is his wife Elizabeth “Betty”, nee Niemann, Bruns of Breese, whom he married April 28, 1973 at St. Dominic Catholic Church in Breese; his children, Bernard “Bernie” Bruns and friend Cassie Wuebbels of Germantown, Erin Hentz and husband Ben of Pontoon Beach, and Michael Bruns and wife Ashley of Germantown; a sister, Mary Ann Varel and husband Stan of Bartelso; and sisters-in-law and brothers-in-law, Sr. Dorothy Niemann, SCSC of Merrill, WI, Dolores Richter and husband Ted of St. Rose, Margaret Schaefer and husband Henry of Atlanta, MO, and John Niemann and wife Karen of Breese; and numerous nieces and nephews.

Paul was a lifelong dairy and grain farmer and loved working on his family farm, driving tractors, going to farm and tractor shows, and playing cards.

He was a member of St. Boniface Catholic Church and Men’s Sodality in Germantown, Clinton County Farm Bureau, Prairie Farms Family Farms Co-op, and was on the advisory board for the Clinton County Electric Co-op.

Memorials may be made to the St. Boniface Cemetery Fund or St. Boniface Catholic Church in Germantown, the Clinton County Farm Bureau Foundation, or to the donor’s choice and will be received at the funeral home.