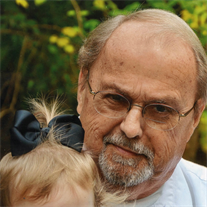 Funeral services will be held 11:00 a.m. Saturday at the Greenville First Christian Church with Darryl Bolen officiating. Interment will follow with full military honors in Mt. Auburn Cemetery. Visitation will be from 4-8 p.m. Friday at the Donnell-Wiegand Funeral Home in Greenville. Memorials may be made to the Shriner’s Children’s Hospital.

Pete Peterson, the son of Wiley Harold and Georgia Gaines Peterson , was born July 1, 1939 in Greenville. He grew up in Greenville, attended the local schools and graduated from Greenville High School with the class of 1957. Pete then went to serve our country in the United States Marines. He enlisted on June 12, 1957 and was honorably discharged June 10, 1960 and continued in the reserves until June 11, 1963.

Pete worked for Crane Packing in Greenville. Then, for the next 38 years, Pete worked at the Greenville Post Office. He retired in 1999, on his 60th birthday. He was a lifetime member of the Greenville VFW Post 1377, Lincoln Land Leathernecks Marine Corps League 1174, Sorento Masonic Lodge 0861, American Postal Workers Union, former precinct committee chairman for the Bond County Democrats and served on the Board of Review for 12 years.

Pete and Sharon Kay Lash were united in marriage on February 9, 1963 in Mulberry Grove. They are the parents of 2 children, Jeffrey Scott Peterson of Ft. Worth, Texas and Amy Bohannon and husband Steve of Greenville. Also surviving are grandchildren Kaylee Pearman and husband Dylan and Lukas Hamby, step-grandchildren: Robert Bohannon, Karyssa Bohannon and Allison Bohannon. He was the loving great-grandfather of Aubree Pearman and Wiley Pearman.

Pete was preceded in death by his parents and his sister Mona Felgenhauer in 2006.