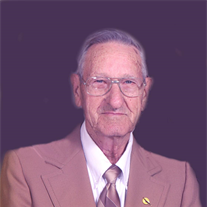 He was a member of St. Boniface Catholic Church. He was also a member of Loyal Order of Moose # 82 in Edwardsville; Operating Engineers Local # 520-Granite City, IL.

Mr. Moore was born in McGehee, Arkansas. At age 18, he lived in California and worked in bridge construction in San Francisco for ten years. He then moved to Granite City, where he started working for A.O. Smith. In 1987, he moved to Alhambra. After retiring from A.O. Smith; Bill had worked for Eden Village in Edwardsville and the Hitz Home in Alhambra. His yard was his pride and joy, it was always immaculate. Landscaping was his passion. He maintained Memorial Gardens for his departed loved ones. “He could plant a stick and grow a tree”.

Graveside service and interment will be at 1:30 PM on Friday, February 12, 2016, at St. Boniface Catholic Cemetery in Edwardsville, IL, with Rev. Father Jeffrey H. Goeckner, officiating.

Memorial contributions may be made to Heartland Hospice.