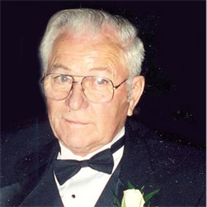 Andrew was born and grew up in St. Rose, IL. He attended St. Rose grade school and graduated from Aviston High School. He worked at the Alton Box Board before entering the US Army and after his honorable discharge. He served with the US Army with active duty during the Korean War. He later purchased his father’s farm, NW of St. Rose and farmed for over 30 years. He lived on the farm from 1955 to 1991 when he and his wife moved to Highland. He worked for the US Postal Service as a Rural Mail Carrier for 20 years. He volunteered at St. Joseph Hospital in Highland and was recognized with 2000 volunteer hours. He enjoyed reading, country music and spending time with his family.

Funeral Mass will be at 10:00 AM on Saturday, February 13, 2016, at Saint Paul Catholic Church in Highland, IL., with Father Pat G. Jakel, Pastor, officiating.

Memorial contributions may be made to Highland Health Care Center.