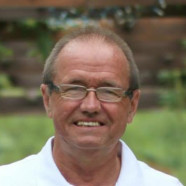 In addition to his parents, he was also preceded in death by his father-in-law, Fred Vosholler.

Surviving is his wife Joyce, nee Vosholler, Barth of St. Rose, whom he married March 22, 2002 in Edwardsville; his children, Amanda Barth and fiancé Eric Detmer of Aviston, Brad Barth and fiancé Kirsten Meier of Germantown, Megan Barth and friend Alan Winkeler of St. Rose, and Kayla Barth and friend Brad Budde of Aviston; 2 grandchildren, Jacob Detmer and Maverick Barth; his siblings, Mary Ann Dermody and husband David of Waterloo and Bernie Barth and wife Linda of Germantown; his mother-in-law, Jean, nee Dubach, Vosholler of Highland; sisters-in-law and brothers-in-law, Ron Vosholler and wife Lorraine of Highland, Dave Vosholler and wife Cindy of Highland, and Joan Vosholler of Maryville; and numerous nieces and nephews.

Augie worked as a truck driver for Kohlbrecher Truck Service in St. Rose and prior to that worked as a dairy farmer. He was a member of St. Rose Catholic Church and Men’s Sodality, St. Rose Development Club where he served as secretary from 1988-1989 and president from 1996-1997, retired volunteer Fireman for the St. Rose Fire Protection District serving from 1980-2000, Breese Knights of Columbus Council 2869, Ma-Cli-Bo Shriner’s, Ainad Shrine Temple in E. St. Louis, Highland Masonic Lodge 583, and the Highland Moose Lodge 2479.

He enjoyed playing euchre and the chipmunk in the Shriner’s parades, but most of all enjoyed spending time with his children and grandchildren.

Memorials may be made Shriner’s Hospital for Children and will be received at the funeral home.

The Breese Knights of Columbus will hold services at 7:00 p.m. followed by the Masonic Lodge Services Wednesday evening at the funeral home.