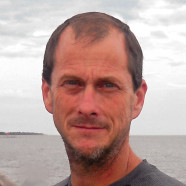 Chuck was the co-owner of Layne Contracting, and formerly worked at H & L Builders and in Maintenance at St. Paul Church and School in Highland, IL. He also was an auto mechanic and was the Wesclin School mechanic. Chuck loved to barbeque and spend time with family and friends, and also enjoyed woodworking, camping, watching cartoons, antiques, classic cars, and was a huge fan of the band, RUSH. In addition, he liked drinking SKI and eating, especially Wally’s, bacon, chocolate, and anything he could cook on his collection of cast iron cookware.

A Memorial Service will be held Monday, February 22, 2016 at 6:00 p.m. at the First united Methodist Church in Trenton with Rev. Mike Rucker officiating.

Memorials may be made to the family and will be received at the church or through Moss Funeral Home, 105 S. Main St., Trenton, IL 62293 who is in charge of the arrangements.