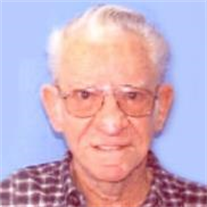 He was a member of Carpenters Local; Woodmen of the World. He was a former member of St. Paul Catholic Church, Highland, IL.

Charles was born in Trenton, at age 13 he moved to Highland. He help with the family farm north of Highland and had numerous jobs. He worked at Highland Supply, Drda Electric, and Emerson Electric. In the early 60’s, he started working as a carpenter. He worked as a carpenter until he retired at age 62. He did home repairs in his retirement. He enjoyed gardening, fishing, working in his yard. He was a “private, quiet man”.

Funeral service will be at 10:00 AM on Monday, February 15, 2016, at Spengel-Boulanger Funeral Home in Highland, IL., with Rev. Philip H. Kershner, Pastor, pastor, Marine, IL officiating.

Memorial contributions may be made to Hospice of Southern Illinois; United Church of Christ of Marine.