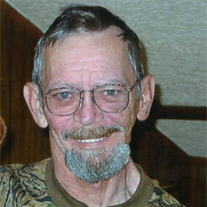 A Celebration of Life service will be held Friday, February 12, 2016 at the Donnell – Wiegand Funeral Home in Greenville with Darryl Bolen officiating. Following the service there will be a time of fellowship at the First Christian Church in Greenville.

Clarence Taylor, the son of Clarence Jack and Arlene Links, was born in Keyesport, Illinois on February 12, 1937. He grew up in Keyesport and attended Keyesport High School. The family moved to Greenville in his teen years and Clarence attended and graduated from Greenville High School with the Class of 1955.

Mr. Links served our country in the United States Army. He was in charge of the Armory. He left the service and went to work with Local 520 of Operating Engineers. He ran heavy equipment from bulldozers to cranes. He worked for the Local for over 35 years. Taylor retired due to health issues. After retirement, he spent most of his time hanging out at home on his couch watching the History and ID channel on TV. Taylor’s interests included family, reading, fishing and drinking Stag beer.

He was married and divorced twice, his first wife was Lillian and they had 4 children: Kristy, Kyle, Jack and Mitch. His second wife was Connie and they had one daughter: Taylor Renae. He also had a step-daughter, Jamie. Taylor is also survived by 6 grandchildren, 1 great-grandchild, brother Michael (Connie) Links and a sister Nancy (Elvin) Nelson.

He was preceded in death by his parents and a sister Lucinda Paine Bolla Gouge. Taylor will be missed by all who had a chance to know him.