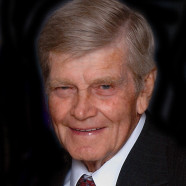 Bud was a veteran of the United States Army serving from 1954-1956 and was a retired dairy farmer after 50 years. He was a former member of Mid-Am/DFA and Prairie Farms Co-op and a current member of the Breese Knights of Columbus Council 2869 and the Breese American Legion Post 252. He also was a member of St. Dominic Parish, Men’s Sodality, and served as an usher for many years.

Memorials can be made to Community Link, Mater Dei High School, or St. Dominic Church and will be received at the funeral home.

The Breese American Legion will hold services at 7:00 p.m. followed by the Knights of Coulumbus Friday evening at the funeral home.