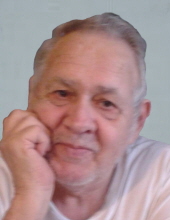 John Edward May, age 75 of Carlyle, passed away at St. Joseph’s Hospital in Breese on Monday, February 8, 2016.

He was preceded in death by his parents; 3 grandchildren – Angel Lacey, Zale May, and Christopher May; and a sister – Betty Trevizo.

John worked as a saw operator at Lewis and Clark Sawmill in West Alton, Missouri for many years and retired from Simonton Sawmill in Carlyle. He was a veteran of the United States Army, and he enjoyed fishing, collecting cars, puzzles, and tinkering with saws and lawnmowers.

Expressions of sympathy in memory of Mr. May are suggested to the Disabled American Veterans, and will be received at the church or at Zieren Funeral Home.